Need help or have questions? Ask here! For help with a course please post in the appropriate course forums instead.
Post Reply
4 posts • Page 1 of 1

Hi all - I've been vegetarian since 2014 and vegan for a year. All is going well.

However, we have a dog (rescue) and we've tried all sorts of foods with him over the years (for allergy and other health reasons, and palatability) and nothing works with him aside from raw food. As you can imagine, having a freezer full of raw meats of various sorts isn't what we want in our household, but we have an obligation to care for our dog, who we love utterly and completely.

Do you have any advice on other alternatives we could try, or how to at least reduce our impact on the poor animals who are killed so that ours can live? We are painfully aware of the hypocrisy. P.S. We've tried various vegan foods (like Benevo, for example), and while he'll eat a bit as a novelty, he refuses to eat more than a mouthful.

Is having pets - particularly omnivorous/carnivorous species - just never compatible with a vegan life? Or - as I've been trying to rationalise it to myself - is my reduction in animal products helping to offset the fact that my dog is still eating animals (as it would surely be worse in a competely omnivorous house). I appreciate that argument is weak, by the way. 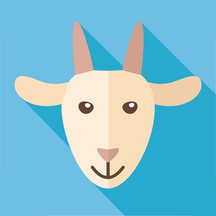 If you haven't checked it out already there's a resource on the vegan bootcamp on vegan pets: https://veganbootcamp.org/course-progre ... t-be-vegan

There may be some useful information there if you haven't looked it over yet.

On a personal note:

My aunt raised her dog on a vegan diet. I don't know the ins and outs of her secrets to her vegan dog diet but I do know that she included vegetables and fruits like:

Rice is used in a lot of commercial dog foods so it's a good option too. I'm sure there were more but those are the ones I remember.

I used some of these too when I kept dogs, I wasn't vegan at the time, but I wasn't happy with a lot of the main brands so worked with my vet to get them on a diet we thought was better and it happened to include a lot of these. One of my dogs would sniff carrots and look at them as if I'd offered him something that wasn't even recognizable as food, the other went mad for them and would happily choose them over standard treats.

If you can find something your dog likes and use it as a reward or supplement the vegan foods with it for a while it might help your dog develop a bit more of a taste for the vegan food.

At the very least you may be able to use some of these foods to reduce the amount of meat being used.

These foods worked for us but different dogs will respond differently to the same foods so it's important to consult with your vet before implementing any changes to diet. It's also important to consult with your vet before including any new foods because as I'm sure you know there are some foods you shouldn't feed dogs (grapes and raisins as they can cause kidney failure) and some foods which might be low in fructose, for instance, for us might be high in it for a dog and some of the foods I've listed may not be appropriate for your dog depending on it's current diet, breed, age, health conditions... etc.

I know that might not be much help but I figure it's better than nothing and maybe somebody else will know of some more brands for you to try. Unfortunately it's been too long since I've kept dogs for me to really know much about the brands available out there now.

As for the ethical side, the introduction on the vegan bootcamp defines veganism in a similar way to the definition you'll get from the vegan society which is: "Veganism is a philosophy and way of living which seeks to exclude—as far as is possible and practicable—all forms of exploitation of, and cruelty to, animals for food, clothing or any other purpose; and by extension, promotes the development and use of animal-free alternatives for the benefit of animals, humans and the environment. In dietary terms it denotes the practice of dispensing with all products derived wholly or partly from animals."

It says, "seeks to exclude as far as is possible and practicable," it doesn't say "never, under any circumstances."

So, some things are obvious, like eating chicken instead of an available vegan alternative just because you got a bit hungry. That's not really compatible with veganism since it's pretty clear that's not "excluding as far as possible and practicable" but caring for a dog that's struggling with a vegan diet and trying your best to find a diet that suits your dog and being willing to compromise for the sake of the dog's health? Seems perfectly within the definition to me. Maybe it won't to somebody else, but here's the thing: moral philosophy isn't maths, we can't plug in some situation and add in some conditions and get out a clear answer on what's right or wrong. It just doesn't work that way, the answers may well exist but humans aren't very good at finding them especially in complex situations and you're in a complex situation. So I'm sure there's a debate raging on the internet somewhere about keeping dogs and feeding cats vegan pet food but for what it's worth, as far as I can see you're doing the best you can and that's all veganism asks of us. I wouldn't beat yourself up about this, you're trying to do what's best for your dog and all you can do is keep doing that.
Top 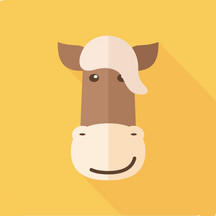 If you're looking to offer a vegan diet to your dog, I'd say you should find a vet who's specialized in nutrition. If you're interested, you can look for the current European specialists by country at https://ebvs.eu/specialists and American specialists at https://acvn.org/
Dogs are omnivorous, so, in theory, it's easier and more hassle-free to get them on a vegan diet than it would be with a cat. However, you should still look for advice from a veterinary nutritionist. That way, even if your dog doesn't accept commercial vegan food, the vet should be capable of providing you with guidelines so that you'll be able to give him a balanced vegan homemade diet.

If you're looking for some different, potentially more palatable, non-vegan brands. Have you tried offering him some of the most well-known super premium brands? Those are usually very palatable.
Top

Hello both, sorry for taking ages to reply. You responses are realyl so, so helpful, I can't thank you enough. I'll check the resources you shared and do some more investigating.
Top
Post Reply
4 posts • Page 1 of 1

Return to “Get Support”