How to tell family/friends your vegan?

Introduce yourself to the vegan bootcamp community here and tell us a little about yourself and your journey!
Post Reply
9 posts • Page 1 of 1 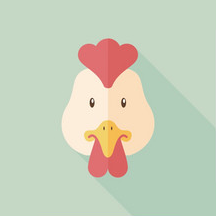 I've been mostly vegan for 2 months. I say mostly cause I'm still learning about all the products I've usually bought. How did you go about telling people you went vegan? Did you just text everyone, or wait to do it in person, or maybe just make a social media post about it? I'm trying to be careful about it, I want to tell people and tell them why I'm doing it without getting into a whole "thing" with every single person (but I guess that's part of being vegan).
Top

Personally, I didn't do any particular "vegan coming out" announcement. The way it went with me, my spouse and I decided together to go vegan, so that covered 2/3 of our close family circle. Their mom lives with us, so we just went to her and said "Look, we're going vegan, so we'll eat any left over animal products in our pantry, but going forward, don't cook anything you'd like us to eat with meat/dairy/eggs animal products". She complained about how that would limit her, but that was just her usual behaviour.

With my relatives, I told them over the phone, during regular calls. My mom specially worried about my health (she had heard all the lies), but other than that, not a big moment with them either.

We didn't have any immediate or close friends (we made those as we became activists, so they were already vegan), so the next step was work. I only told people I went vegan as the need arose, for instance, if we were going to lunch, or food somehow became a topic. A few people asked why I had gone vegan, I gave a short spiel of the ethics of it, and eventually the subject went to a particular vegan dish they love, or how they respect it but won't change. Because it was at work, I always threaded very carefully in telling people they're committing abuse by eating animals products. So I only had deeper conversations on the subject with people who clearly gave me the opening. A co-worker actually went vegan after talking to me, that felt really great!

On social media, no announcement as well. Eventually, a few months in, I went from silent vegan to vegan activist, so I just started posting animal rights content, without any pre-amble of sorts.

So yes, long story short, no "coming out". I did it organically, and little by little. Hope this helps!
Top 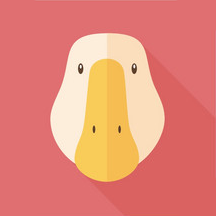 I told my parents I was going vegan just recently and their support honestly surprised me. I couldn’t be more happy with the outcome.
Top 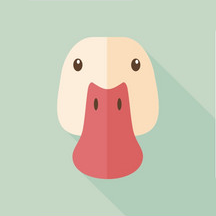 I have yet to tell everyone. However, I made a post on Facebook and since I decide everything I eat- it isn't difficult. I just cook my own food and carry my own food everywhere. I can't wait to start reducing my animal products. I started being vegan today (September 15, 2021).
Top

I have been vegan over ten years now n still get questioned why. It seems like every holiday I have to tell them again. Every gathering every outing. They say your still doing that. Yes I am still doing that n no o don't miss meat my digestion had never been better.
Top

OP reeks of the classic "I have to tell everyone I'm vegan so they know I'm superior" vegan persona that causes vegans worldwide to be laughed at.
Top

Sorry to be answering with another question!
For what purpose do you want to tell them?
1) to make sure you have something nice to eat next time you see them?
2) because you need support from them?
3) because it matters to you and the persons you care about should know?
4) because you would like them to become vegan?

You can PM me if you want to discuss this

Return to “Introduce yourself!”